We have collected best of the best Naruto Quotes from Naruto Series and Naruto Shippuden, along with High Quality images.. YOU can SAVE these images as you like, and if you’d like some other quotes to be mentioned, just go right down and comment below, and we’ll get them made for you.

1. This is a great quote, because Choji truly shows how much he doesn’t let his ego get a hold of him. Instead, he’s motivated by his principles, and pride to protect others, and is not fazed by attempts at himself or his character.

I don’t believe anyone can actually argue with Deidara’s expression of his art due to the fact that all of us actually have a subjective expression of art. This was definitely shows in the show, as Deidara always believed his representation of art was always better.

1. The amount of respect we all have from this moment of Fugaku, to let his own son take his life, because it’d be impossible for him to take his son’s life. To let him kill himself, in order to follow his own choice, decision and purpose in life. What an amazing, courageous and unbelievable father Fugaku turned out to be.
~Fugaku Uchiha

1. I think Gaara is extremely thankful for Naruto, and will be for the rest of his life.
~Gaara

2. This is so true, and I believe so many of us in society today, go through so many excruciating circumstances, and specifically in the western world, make it so much harder for ourselves, by trying to be so independent. I believe our power, and our potential lies within working and being with other people, above everything else.

1. Whether it be through political, and country wars, or money, and power wars. I do agree with Hashirama, there’ll always be conflict. I think we’ll evolve, and improve in the ways we deal with that conflict. But I believe humanity and it’s existence will always face conflicts, as it is in our nature, and in the nature of progression. As finding problems and solving them is what moves the world forward.

1. If you’re a brother, or sister to someone, you can relate to this quote. I have a sister, she’s younger. I remember getting in many fights with her, in my younger years. I believed it was part of duty, and just an inherent feeling to protect someone who was helpless.

2. The abilities we can only be truly seen, when we can start acknowledge all the things we’re bad at. If you and me have bad things, we need to be able to say them as they are, so that will give us the confidence and power to say our good things, things wer’e strong in.
~Itachi Uchiha

2. To be living, with pride, and with the principles that you have set for yourself, to die with that in the face of death, is something so courageous.
~Jiraya

1. I believe we have to be loyal. I believe our integrity and self-worth is greatly aligned with our ability to be able to identify with others that we respect and appreciate, and be there for them, in their hardest times.

1. Last words to ITACHI: Kisame was always a good-hearted person, it was so clear in the end with his fight with Guy-Sensei. But I think sometimes our circumstances in life, make us choose the wrong path, even when we have the greatest intentions, which is quite sad to see. But I think we still have to be accountable for those decisions, because if blame the circumstances, for our outcomes, then we’ll never be able to change, and truly live lives of our potential.

2. There is no plan in the world that has gone 100% according to the plan. The plan is a good idea, but we only need to adamant on our vision, and flexible in the way of getting there. As Jeff Bezos, founder of Amazon has said.

1. I’m a failure. I know it. I’ve always been one, since a young age. But that gave me so much energy, to not be one. Ever since I was young, I was never truly the most talented in anything really. But yet, every-time I lost, I usually got more and more energy. As a failure, I’m more resilient than the talented, more brave, used to wear and tear. I’m a failure, and will die one, but I wouldn’t, and won’t let anyone outwork me. That’s my ninja way as a failure.

1. This is such an empowering quote by Naruto. He’s so fearless, when I read this quote. I am so inspired, I feel as if, as the leader, it is my responsibility like his to take care of my team, my people, and my friends just like Naruto would.
~Naruto

2. This quote brings tears to my eyes. “I want to strive to become the best leader, in people’s eyes. I want to strive to put myself on the line for others.” These are the thoughts that come to mind, when I read this quote.
~Naruto

3. So beautiful. Because he really lives his ninja way, till the end, even with Kurama.

4. I never want to quit. This reminds me that I love to battle. The battle to achieve my mission. The vision to provide something to the world, everyone can benefit from. To die, living towards that vision, whether accomplished or not.

2.  I don’t think we should ever underestimate any other person.
~Obito Uchiha

1. The greatest lessons, always are the hardest to survive through.
~Orochimaru

1. Pain are the life’s best lessons. The hardest lessons, come through the hardest circumstances. It’s amazing. It’s so hard, yet so necessary.
-Pain

2. It’s funny because in the day, and era we live in now. We’ve gotten through most of the World Wars, and traumatic battles that have taken place on Earth. Which makes us more complacent, and I think is the result of Peace, in any society.

1. Sometimes, when people least expect us to smile. A smile can change everything.

2. It’s true you can’t become a master of anything by just reading books. I think we have to apply, and only through application can ever truly master an art or craft.

1.This reminds me of the movie ‘Rocky’, Rocky Balboa, the character, I believe said this to his son. That it’s not the one who falls down. It’s the one who keeps on moving forward, keeps getting back up, that’s what winning is about.

1. Shikamaru is one of the most loved characters in Naruto. Someone with the most solid integrity, intelligence, higher than most people on the planet, and also emotional intelligence and courage to make the right decision and hard calls when needed. We could always look to Shikamaru anytime we need a good anime quote to motivated us in our life. What do you think?

2. He said this when he was facing Tamari in the Tournament where all the villages in the Chunin Exam Arc fought.
~Shikamaru Nara

3. HAHAH. This is jsut plain good word play by Shikamaru. Only a genius like him could turn and take something negative we shouldn’t be doing into a trait that we can acknowledge as may be important. LOL
~Shikamaru

1. Shisui was a prodigy, with said to have eyes stronger than even Itachi uchiha. Now this is what Shisui said to Itachi, as he was giving his life away, so no one would be able to get his eyes.
~Shisui uchiha

1. Oh man, the power of words is so insane. This is exactly what reminds me of the things we say to ourselves, and why they’re so important, because even a negative thought is not great for our well-being.
~Zabuza

2. This was the most emotional side of Zabuza. I honestly, did not expect him to reveal such a sensitive side of himself. The fact that he card about Haku so much. This quote from naruto showed me that even though Zabuza was inherently evil, I still sort of liked him.
~Zabuza

You can check out these products from one of our affiliate companies, that we like. And this actually helps us and supports us to keep this website up to keep making content for you!! 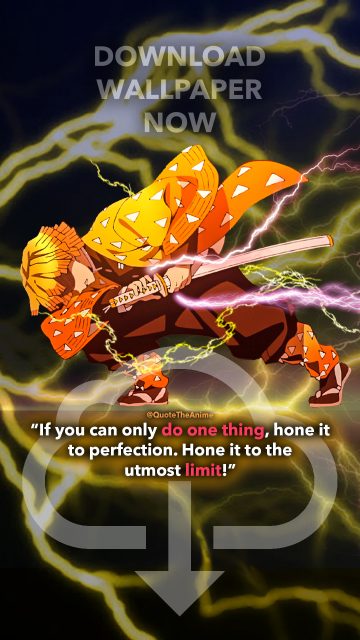