Anime is built on the backbone of some pretty weird concepts. The more weird anime concepts might not be the standard but they are what normies think about when they think of the style. I don’t just mean the somewhat weird stuff like screaming to get stronger or using the power of friendship, I’m talking about the real crazy stuff.

Things like genderbending historical figures, parasitic aliens that become your friends and much much more. so let’s get to the best and weirdest anime concepts! 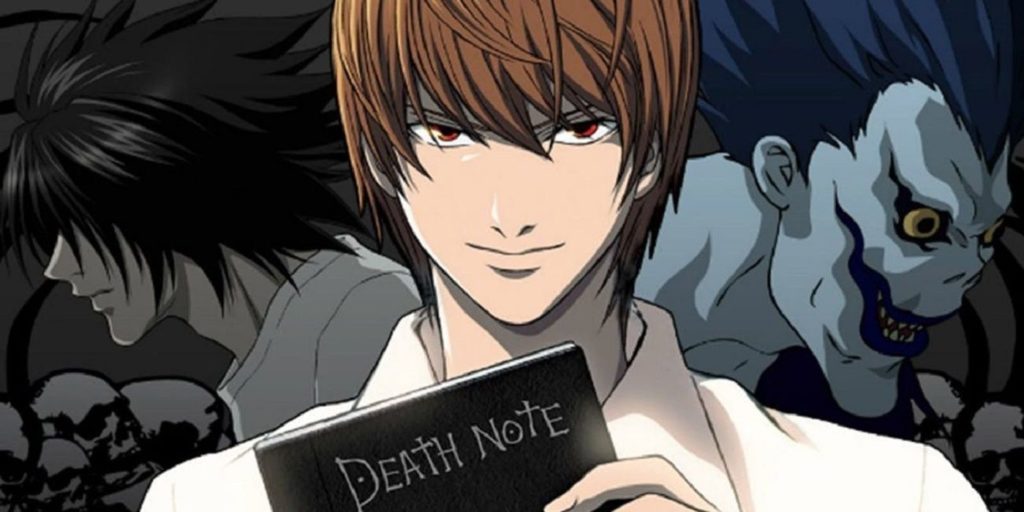 Death Note doesn’t really seem like a weird anime to most anime fans, that’s why it’s so high up on the list. To most weebs, the anime concept of Death Note isn’t really that strange, it might even be seen as pretty standard to some.

That’s fair because as we’ll get into in this list, there are some insane concepts. The thing is, just try to explain the concept behind Death Note to a normie. A teenager gets a book that kills people and it instantly gives him a god complex, hijinks ensue. Thats the easy version, get into the shinigami and a little of the actually plot and you’ll lose most people. 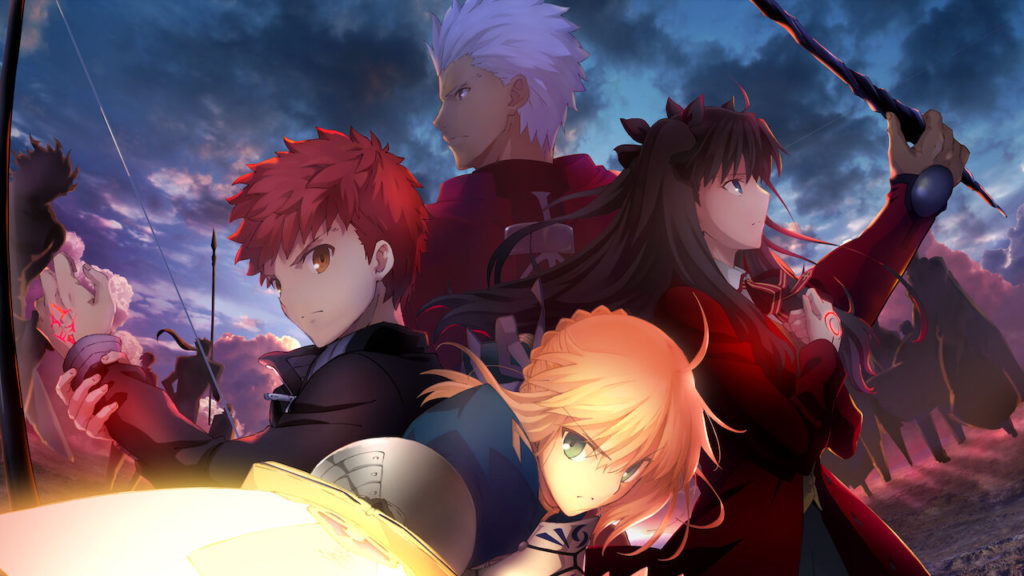 I’m just going to throw the entire Fate franchise into this spot on the weird anime list. If I included the different Fate shows on this list individually, this list would be full of them. The idea of bringing back historical and mythical figures to fight isn’t weird, it’s all the stuff that’s added on to that idea that is.

First thing we need to get out of the way, the gender-bending. It’s not wrong by any means, but it does mean that the writers have to make some really big changes to history. Just look at how Artoria had Mordred in the Fate universe to see what I mean.

The real problem comes in with the whole multiverse thing that the franchise has going on.  The Fate franchise is incredibly hard to get into, mainly due to the weird anime concept behind it. 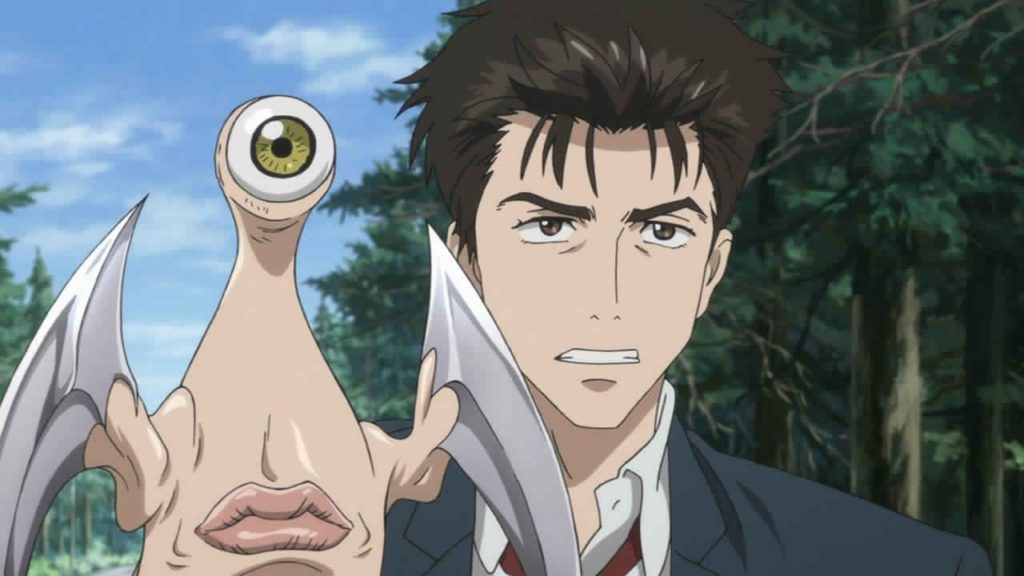 Parasyte is a show about a secret alien invasion. That’s been done to death in pretty much every medium, so what makes Parasyte any different? The difference is that this series ahs the aliens and humans kind of work together in the weirdest and most anime way possible.

This weird anime twist has the alien attempt to steal the body of the main character but fails. This causes the alien to take over the hand of the shows protagonist. This not only leads to some wacky and deadly adventures but also a ton of weird body horror imagery and that’s just the start. 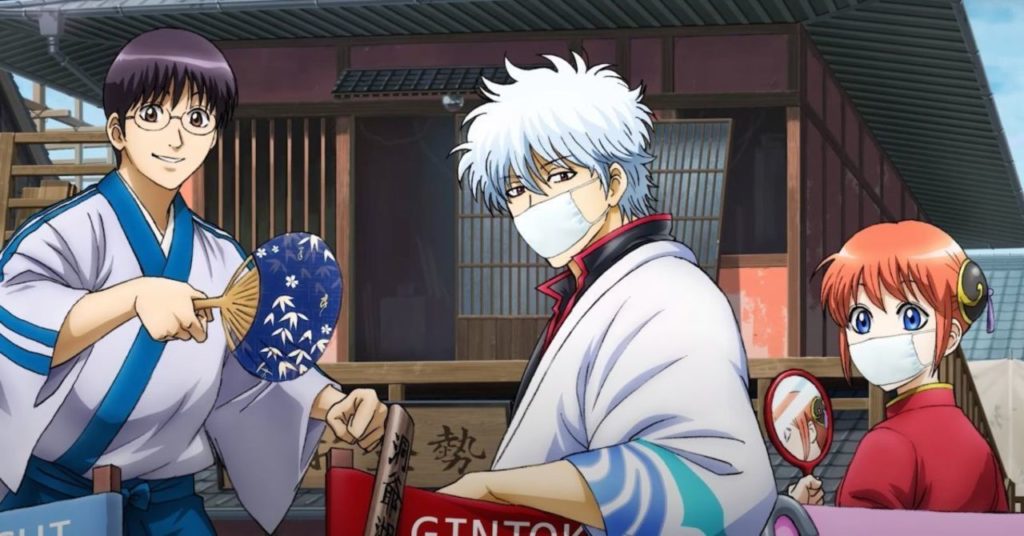 Gintama is a weird anime for multiple reasons, but there are two big ones that stand out. First, it’s about aliens in feudal Japan, which is already pretty weird, but not enough to make it a super weird anime concept. Where Gintama really gets weird is the constant references to other animes.

If there is an anime that has attained some kind of popularity, Gintama has referenced it. There’s a pretty solid chance that most of the anime that you like has been referenced here. The real weird thing is that most people know Gintama more for the references rather than the anime concept. 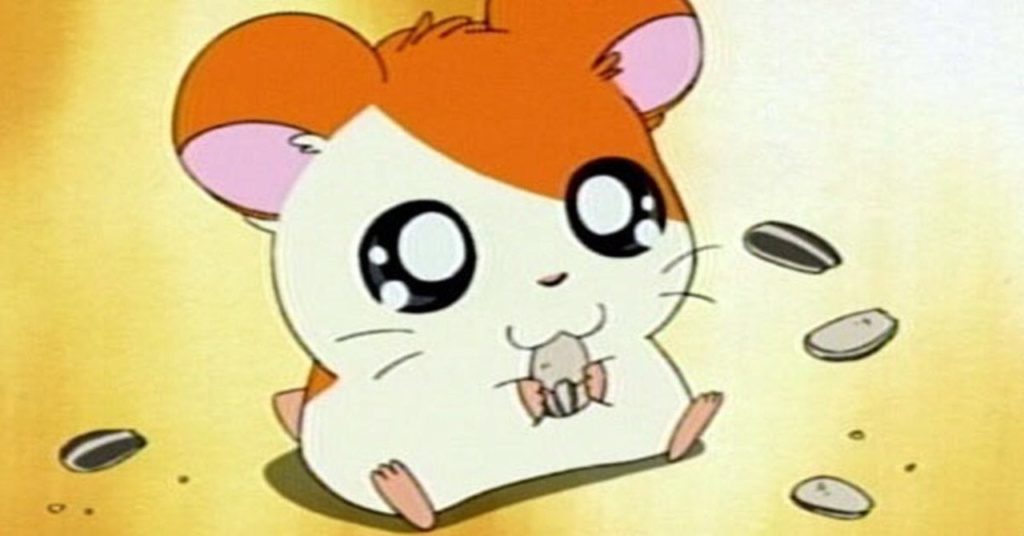 This anime concept might be weird but it’s also pretty wholesome. If you’re a pet owner, then you probably wonder what your pet does while your away. Hamtaro is the anime that shows you what they might be up to. Your hamster isn’t just sitting in it’s cage running in it’s wheel, it’s going on adventures with all of it’s friends.

No matter how cute it is, it’s hard to get past the  weird anime concept. Talking hamsters escape their cages, hijinks ensue, is basically how you can sum it up. 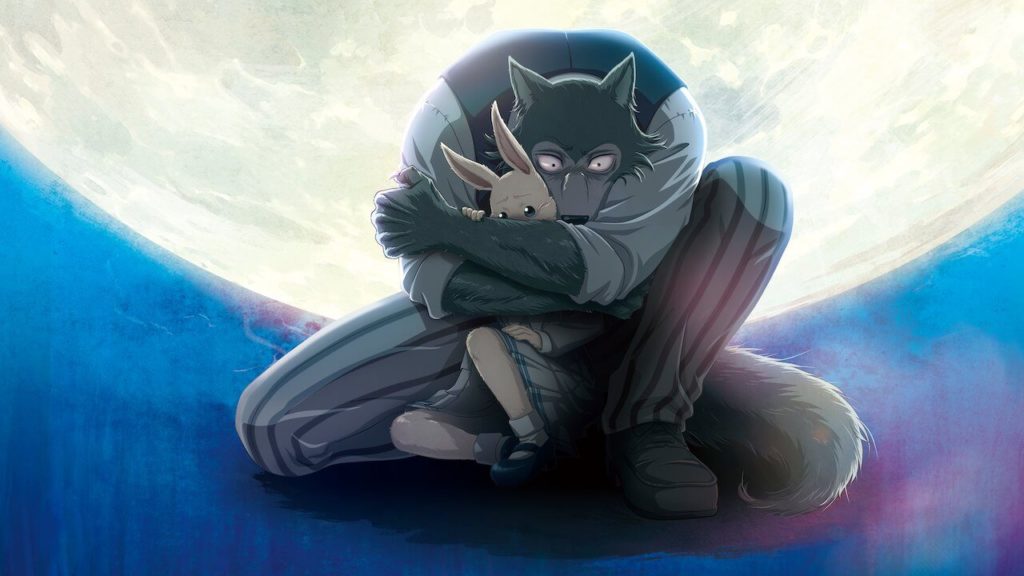 Now for an animal anime that is drastically less wholesome. Beastars is one of the many smash hit animes that Netflix has been releasing recently.  Beastars’ entire concept is that it’s a high school romance anime but everyone is also an anthropomorphized animal person.

This isn’t just a surface level twist though, the difference between animals matters.  Carnivores are generally looked down upon by the larger population of herbivores and that really affects society. Add this in with a surprising amount of bunny sexuality and you have a weird anime concept. 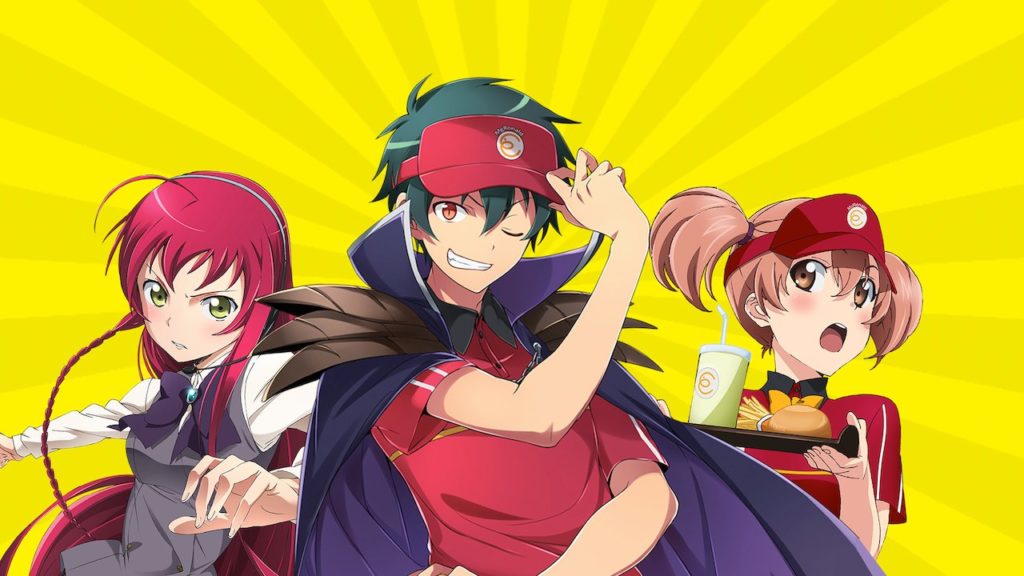 This anime’s concept is stated right out of the gate with the title. The Devil Is A Part-Timer! is about just that, the devil working at a fast food joint, part-time of course. This isn’t just your run of the mill demon, this is Satan, the main antagonist of the Bible manga.

The idea is that Satan gets stuck in modern-day Japan and has lost access to his powers. This forces him to take a human form and work at a restaurant that totally isn’t McDonald’s for money. This might just be a fish out of water story but when that fish is the demon lord of hell, it get’s pretty weird and interesting.

8. That Time I Got Reincarnated As A Slime 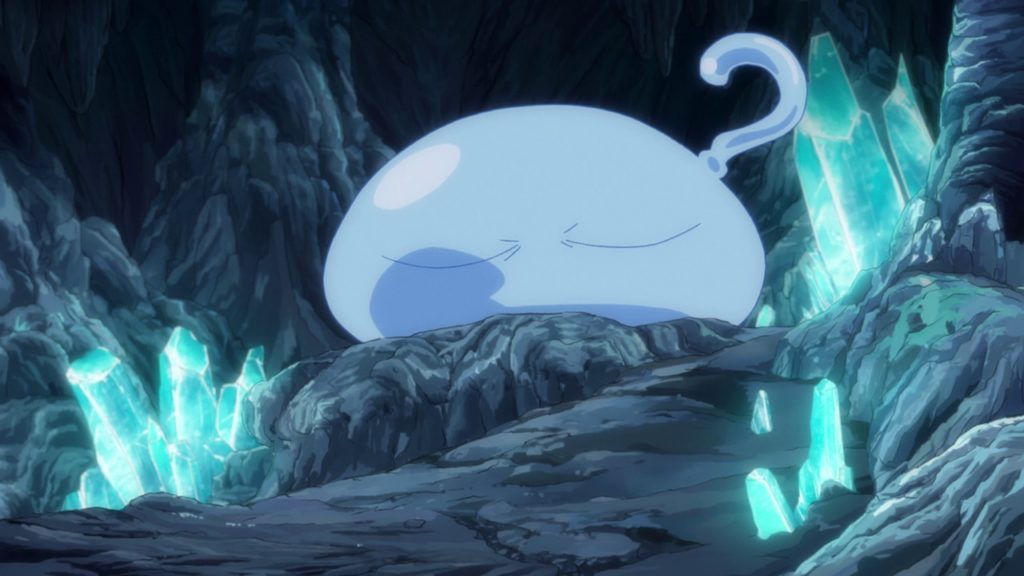 Isekai animes have been taking over the medium lately. Among the top shows of every year recently, there’s bound to at least be a few isekais in those lists. Isekais in themselves have a bit of a weird concept. A character dies and comes back to life in a strange new world. For my money the weirdest version of this is with That Time I Got Reincarnated As A Slime.

Not only does the main character end up in a fantasy setting, but he is now, as the title suggests, a slime. What does this mean exactly? More than what the average person would expect probably. He’s not only pretty much invincible but he can also transform into anything and absorb whatever. So yeah surprisingly this is another OP protagonist anime. 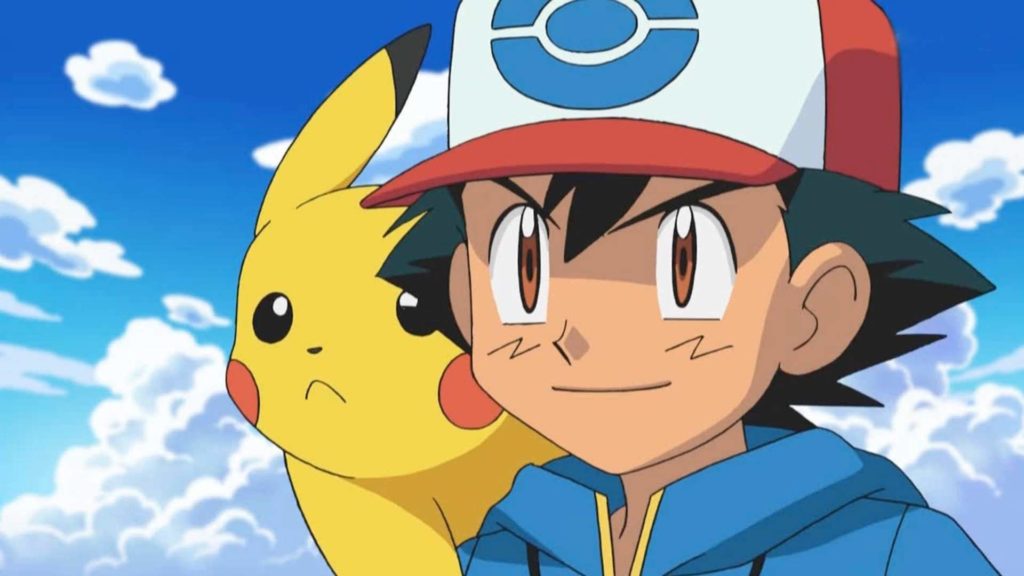 Seriously the idea behind Pokemon is pretty weird. You have an eternally 10-year-old kid sent out to capture Pokemon and make them fight for sport. He also has literal criminals stalking him and attempting to kidnap one of the things he imprisoned. Seriously how is this thing for kids? 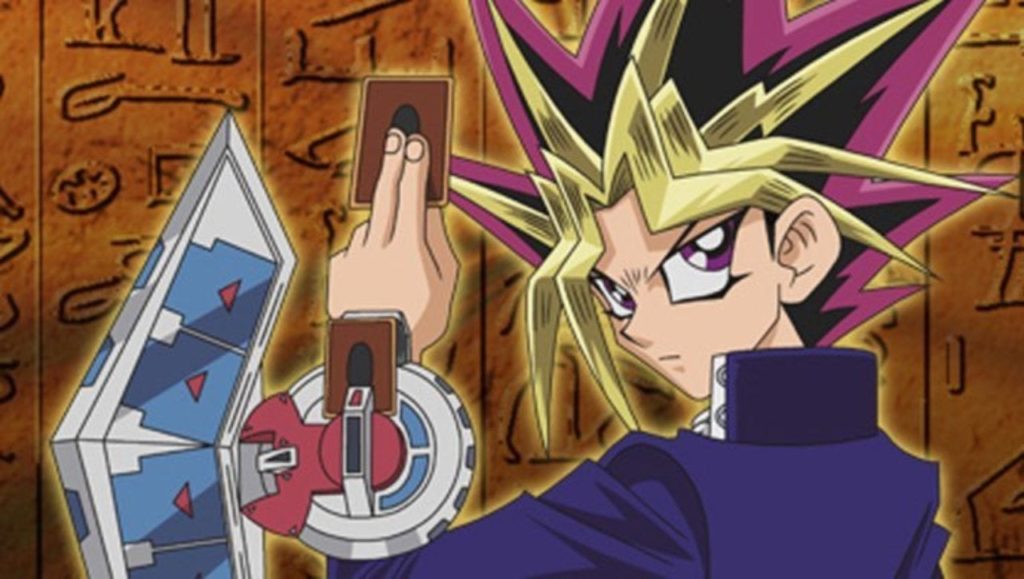 Yu-Gi-Oh, in a similar vein to Pokemon, is also a show that was made to sell merchandise. In this case the show is more of an advertisement for cards than traditional toys. The show, also similarly to Pokemon, features a young preteen protagonist getting into insanely dangerous and over the top situations.

Seriously only half way into the series the character’s are suddenly playing card games to save thier lives. 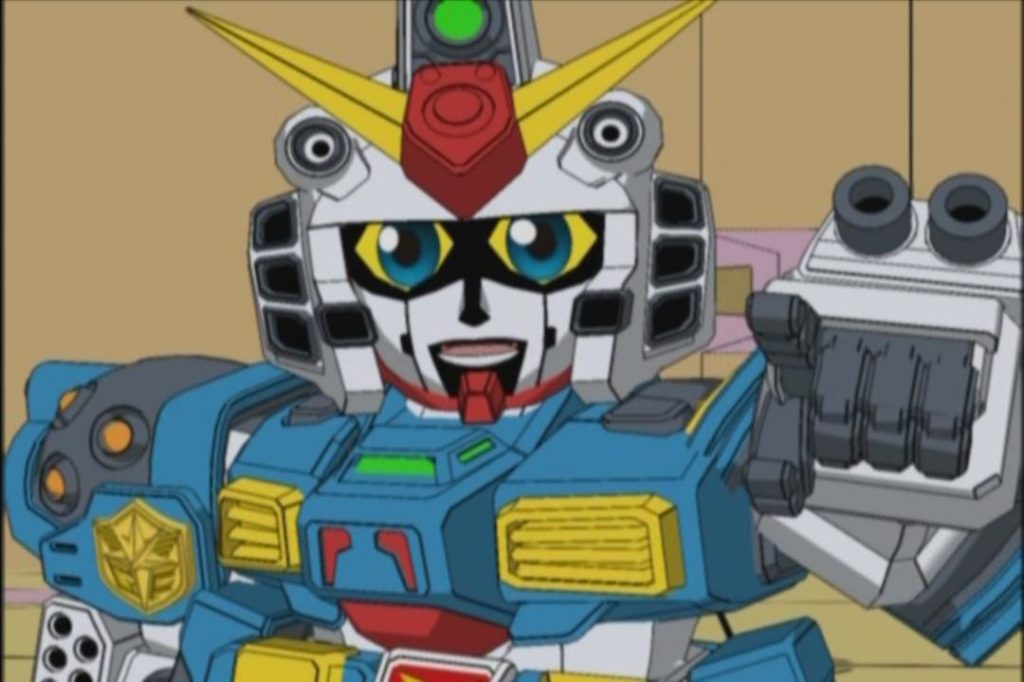 So you know the Gundam series right, The show about usually teenagers who fight to the death in giant space mechs. That already makes for a weird anime concept, if not a depressing one but SD Gundam Force takes that concept, tries to make it more friendly and only makes it infinitely more terrifying.

SD Gundam Force makes the mechs themselves living beings, with terrifying robot faces. This is a kid’s show spin off of the series. The weirdness comes in when you realize that these kids are hanging around miniaturized versions of weapons of mass destruction.

The concept behind Cells at Work! is simple but that doesn’t make it any less weird. The idea is what if all the cells in your body were alive and had consciousness like you and me. When I say every cell, I mean every cell. White Blood Cells, Red Blood Cells, germs and even cancer cells are all alive and have personalities.

Seriously it’s like your body is a town. This anime only gets weirder the more that you think about it. Like most cells are born into situations and jobs that they have no control over. If you’re a white blood cell, that’s your job for the rest of your short existence. 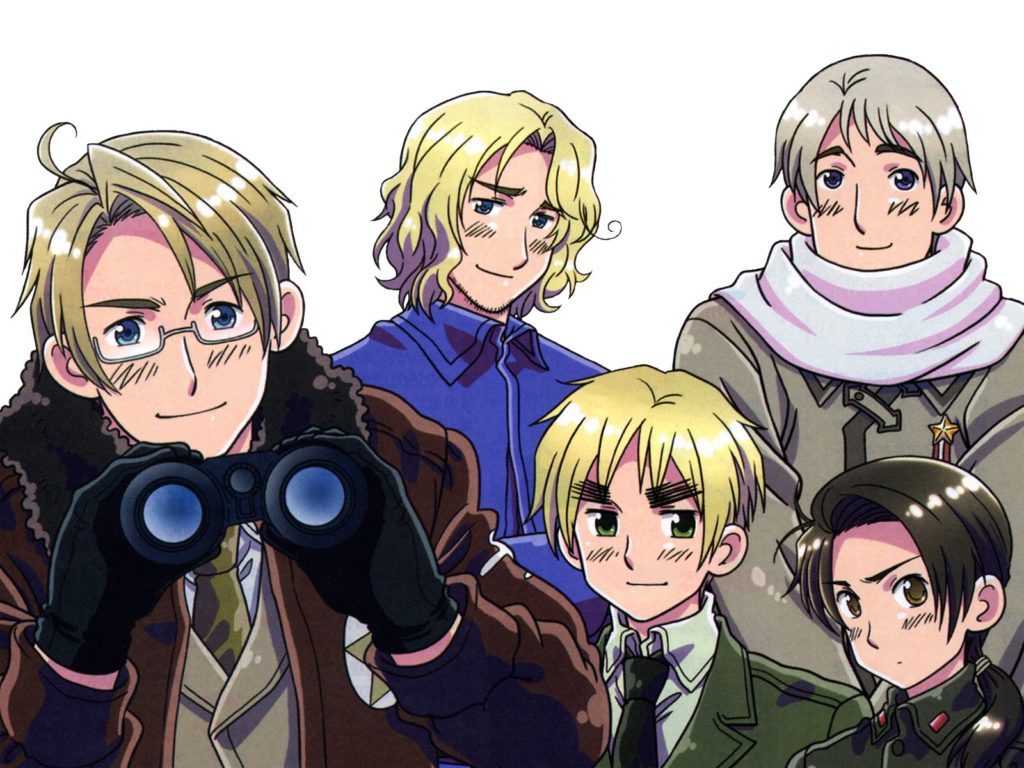 Ok, so Cells at Work! was about anthropomorphizing the cells in our body. That’s not so weird since cells are actually alive, but how about countries. Yup, that’s the idea behind Hetalia, let’s just take countries, and make them each singular people. You can see how this is a weird anime concept.

Yeah, it’s already pretty weird to see countries’ stereotypes made manifest in characters. It gets even weirder when you realize these stereotypes can be pretty offensive. It gets really bad when you realize that the Germany character is based on the 1940’s ear of the country. You could probably guess that from the show being called Hetalia Axis Powers, but still it’s not a good look. 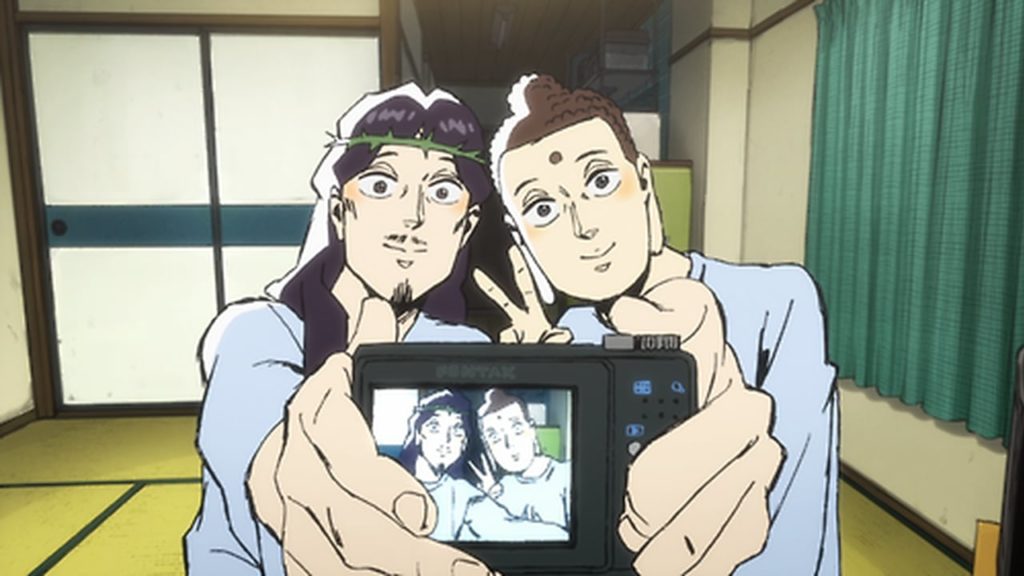 Saint Young Men is probably the most wholesome show on this list but that doesn’t make it any less of a weird anime.  Saint Young Men is an anime where Jesus and Buddha are roommates living in modern-day Tokyo. This is basically just a slice of life anime, but with two of the biggest religious figures in history.

The pair is basically just sightseeing in the human world and want to experience what life is like. Jesus is has a love for everything, which includes shopping and Buddha shines whenever he is excited. Seriously this is a show that could only ever work in anime. Can you imagine trying to get a show like this made in any other medium. 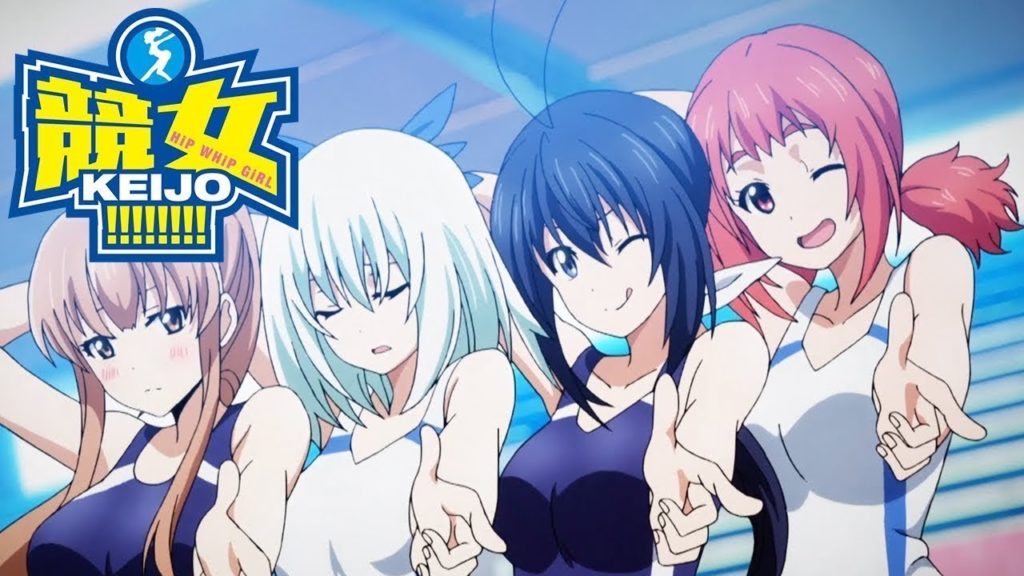 Speaking of shows that can’t be made in any other part of the world, we have Keijo!!! This is one of, if not the wildest weird anime concepts that I have ever seen. Sports anime are big, but almost every big sports anime has already been made. So why not make up our own sport. Decent idea, how they came up to have teenage girls bashing each other with their chests and hips, I will never know.

This is an anime that would turn every normie away from the medium if you showed them it. It’s just so out of this world that it has to take the top spot on this list. 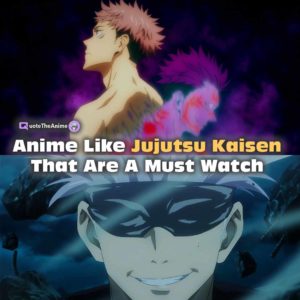 21+ ANIME Like Jujutsu Kaisen That Are A Must Watch

Last Updated on December 25, 2020 by ErnieJujutsu Kaisen is one of the best Anime that made its debut in 2020. It has everything needed 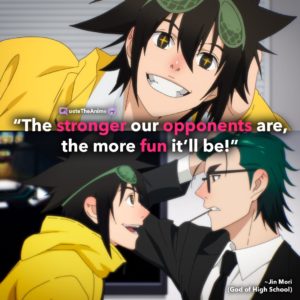 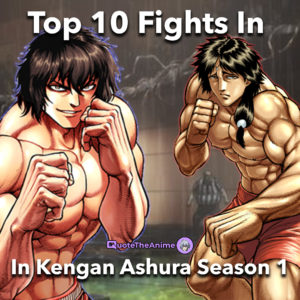 Last Updated on November 5, 2020 by Ernie Anime fans have been waiting patiently for the announcement of Kengan Ashura season two after the second 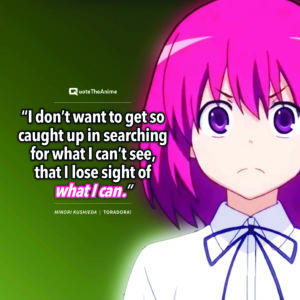 Last Updated on January 14, 2021 by Hohitha Table of Contents Taiga Aisaka Quotes “I hate waiting, but if waiting means being able to be 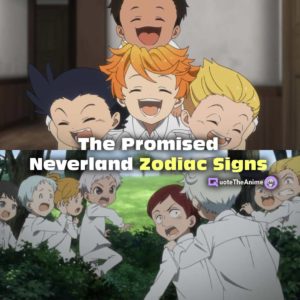 Last Updated on January 14, 2021 by Ernie Looking for a dark fantasy anime that revolves around the adventures of some children? You’re at the 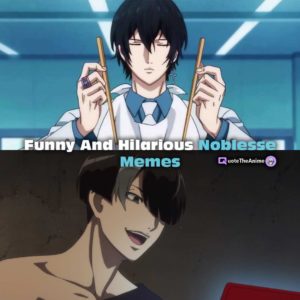 33+ Funny Noblesse Memes that are HILARIOUS!

Last Updated on January 9, 2021 by Mayra Rifat Looking for a Dark Fantasy anime? You have come to the right place! Despite being a 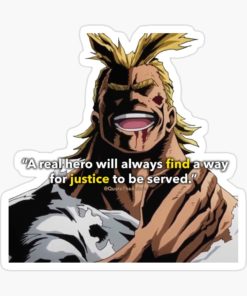 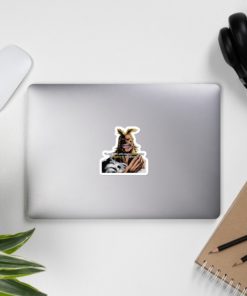 All Might – A Hero always finds a way Sticker

2 thoughts on “14+ Of The Greatest Weird Anime Concepts”