In the world of anime, Mushoku Tensei quickly made a name for itself as a complex and intriguing anime. Outside of the high fantasy aesthetic, what really drew people were its interesting and nuanced characters. In many ways, several of the side characters we see in the show have just as much depth as many of the main characters in other shows would have. Elinalise Dragonroad is yet another example!

She is initially introduced briefly in the first season of Mushoku Tensei (Episode 11). Her presence was quite mysterious and doubtlessly left many fans clamoring for more information about her. While we do not know much about her from the anime, we can turn to the manga and the web novel to shed more light on her character. Fans will see she is just as compelling as many of the other characters viewers are already familiar with.

Today, we’ll be taking the time to delve into her abilities/characteristics as well as taking a deep dive into her past. We’ll also have a section pertaining to some of her affiliations and key relationships. Mushoku Tensei was a breakout hit last season and we know many people are eager to get more content. We hope this might tide off some of those fans for the moment. 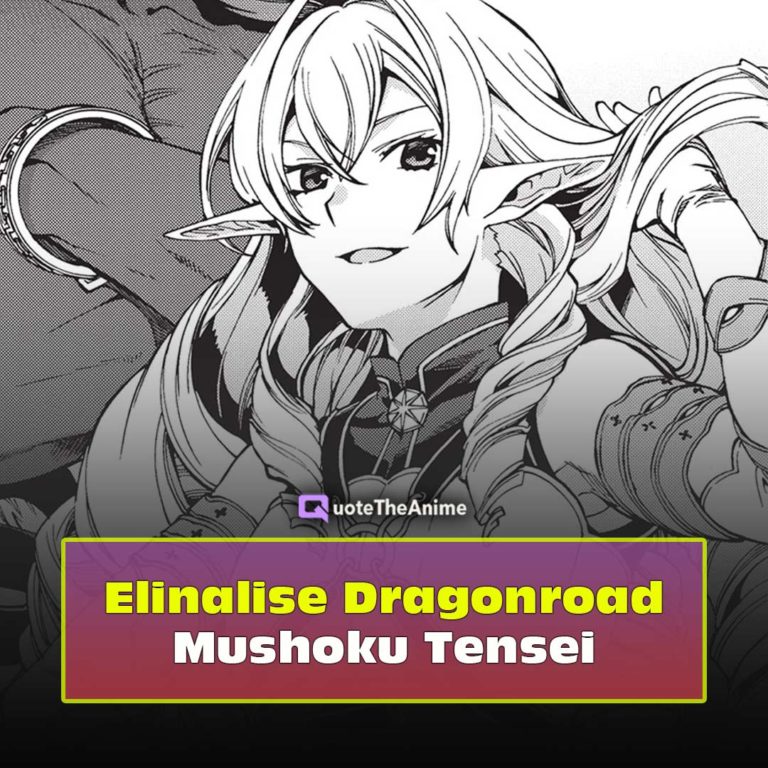 Like many of the other characters in the anime, Elinalise has a striking and unique character design (Chapter 22). She is a gorgeous elf known for her intricately designed outfit and her exceedingly long golden hair. Her warrior aesthetic is rounded out by the small round shield hung by her waist, and the large sword she wields by her side. Overall, she is at once both intimidating as well as one of the most attractive characters we meet in the world of Mushoku Tensei. 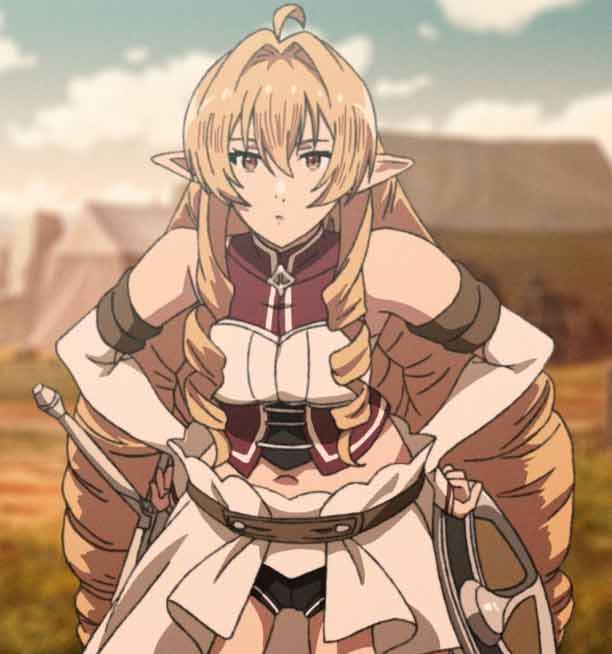 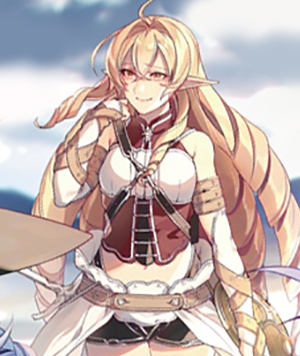 Despite not having seen much of her in the anime, we can use her appearances in the manga and the Web Novel to dissect her character. She has a few key traits that help her fit in with the rest of the nuanced cast. In this section, we will be taking a deep dive into some of these traits as well as using examples to illustrate these.

She seems to be very lustful, more so than most of the other characters in the show. We see this several times, with her making passes at other people. We get to see this in her backstory as well, seeing her many interactions with men. This is a result of the curse she is under, that forces her to be more lustful(Web Novel Volume 4).

Despite this, it does seem that she has a part of her that is very naive and idealistic. In the web novel, we see this with Cliff, who promises to try and lift her curse. Despite her long life and many experiences, Elinalise can’t help but admire him and eventually falls for him. Regardless of the promiscuous life she has, she is a bit of a romantic at heart (Web Novel Volume 8).

She is also very dutiful and faithful. Elinalise is under a curse that almost forces her to be promiscuous but she fights against that to try and stay as loyal as she possibly can to Cliff. This is a stark contrast to how she lived her life before she met him, and goes on to show that she is willing to make sacrifices for the people she cares about(Light Novel Volume 8). 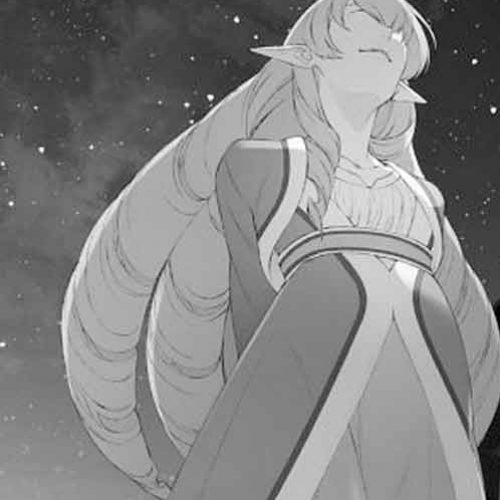 Elinalise is known as being an S rank adventurer by the hunter’s guild. This means that she is extremely strong and capable, especially compared to the average adventurer in her world. Due to this, there are a few key traits to her strength that we need to go over.

Her fighting style usually involves her taking the brunt of damage from her enemies while her teammates help finish them off. None of this would be possible if she didn’t have the endurance to bear that kind of burden. While she is not able to kill these monsters by herself, she is able to withstand their attacks with little difficulty (Light Novel Volume 4). 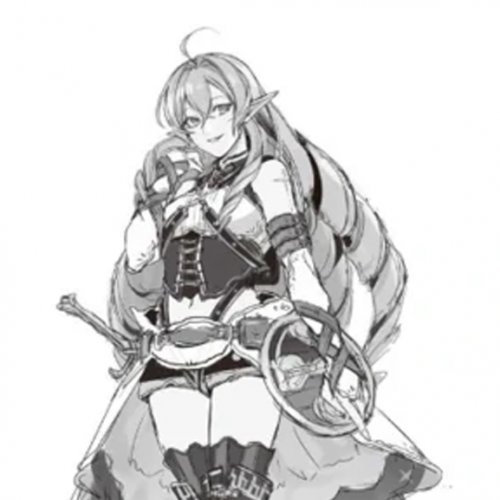 While she doesn’t have the raw physical capability to compliment her endurance, she does make up for it with her use of magic items.

The one that is really worth talking about is her estoc that can release vacuum blades. Using her magic tools, she becomes a much more complete adventurer (Light Novel Volume 4). 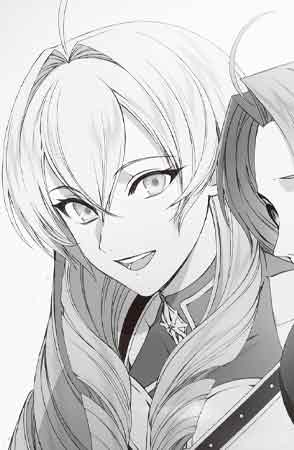 Withstanding monster attacks doesn’t only come down to her endurance. She is also extremely nimble and agile, capable of dodging most attacks from low level foes easily. She is even able to dodge an attack by Atofe -a demon lord. 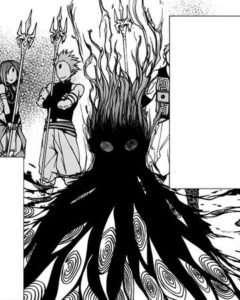 We don’t know too much about her past but we do know that she was a part of Laplace’s entourage. We don’t know the extent of her involvement but in the world of Mushoku Tensei, that in itself is noteworthy. 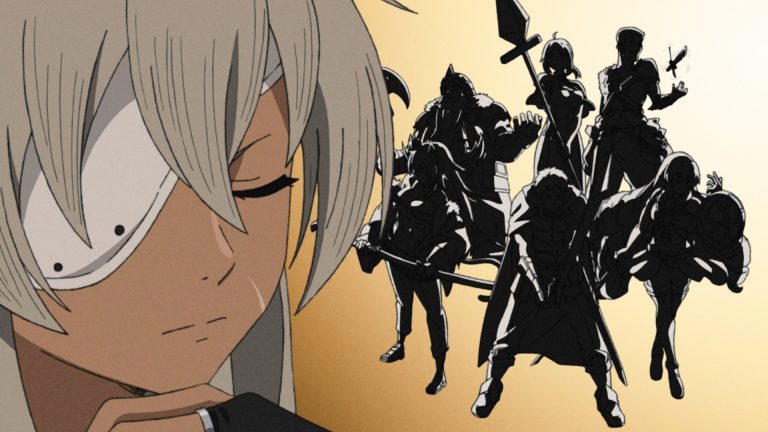 Elinalise was known as being the tanker in Paul’s party. As a party member, she was exceedingly capable and reliable. None of her party members ever had any complaints about her. 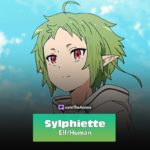 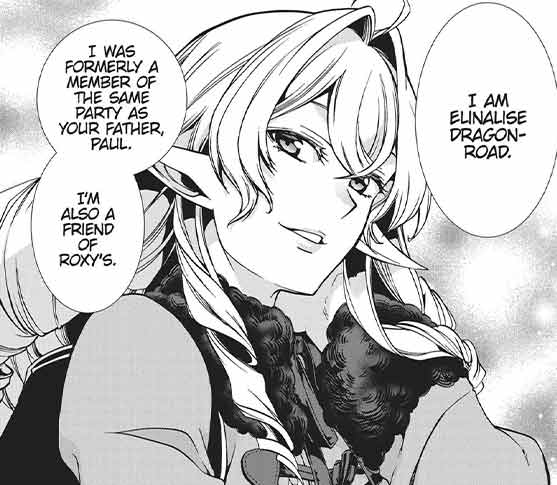 Elinalise was found centuries ago trapped inside of a magic crystal. When she was rescued. She remembered little to nothing of her past. Due to her prolonged imprisonment, she was cursed with an unnatural libido. Due to her nature, she was soon kicked out of her village and was forced to wander around (Light Novel Volume 4).

Eventually, she ended up becoming an adventurer and quickly rose up through the ranks. This is when she ended up joining Paul’s party, where she stayed until their party was disbanded. 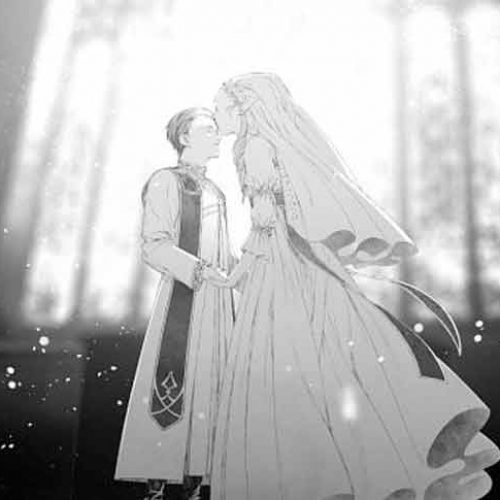 Cliff was someone she met in the magic academy and she quickly took to him. After Cliff promised to do his best to try and remove her curse. She quickly fell in love with him. 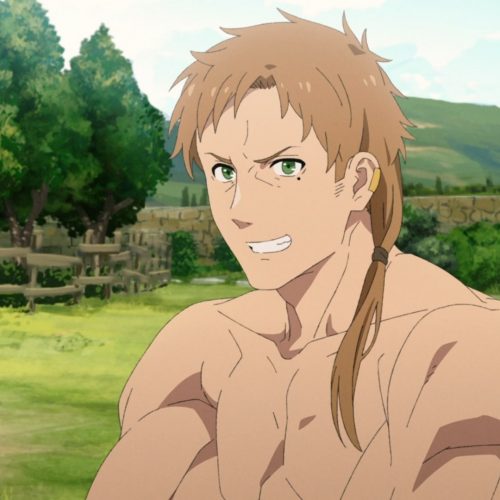 She was one of Paul’s old party members. Unlike many of them, she seems to think better of him than many of his other former friends did as she was willing to look for his family on his request (Episode 11). 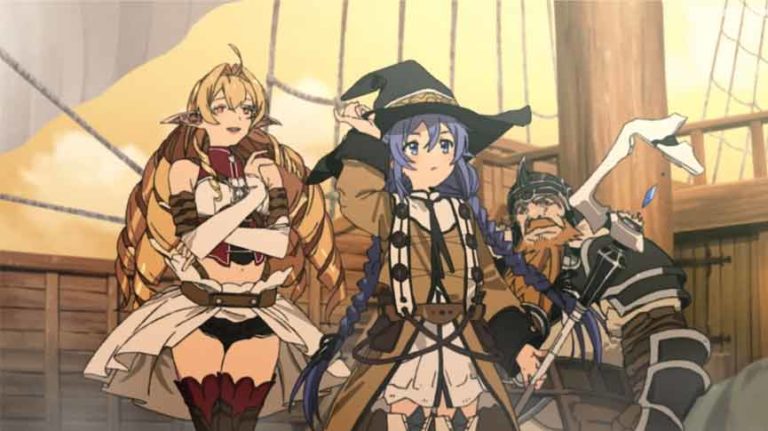 In the anime, we see her as one of the two members who ended up accepting Paul’s request to find his family (Episode 11). This is all we have seen of her so far in the anime. In the manga and the Web Novel, she eventually ends up finding where Zenith is. This is also when she ends up making contact with Rudeus and journeys with him to join the Magic Academy.

This is when she ends up meeting Cliff, whom she later marries. 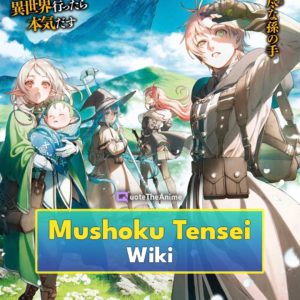 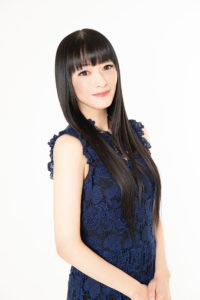 Elinalise is voiced in Japanese by Rie Tanaka. Rie has a long history in such productions and has played roles in many anime. She recently played Aphrodite in ‘Record Of Ragnarok’. In the past, she has played parts in ‘That Time I Got Reincarnated As A Slime’ and the original ‘Higurashi When They Cry’.

In conclusion, Elinalise is just another in the long line of interesting characters that Mushoku Tensei brought to us. This is all done without a lot of time invested into setting her character up. There’s no doubt many people are excited to see more of her in the upcoming seasons of the show. 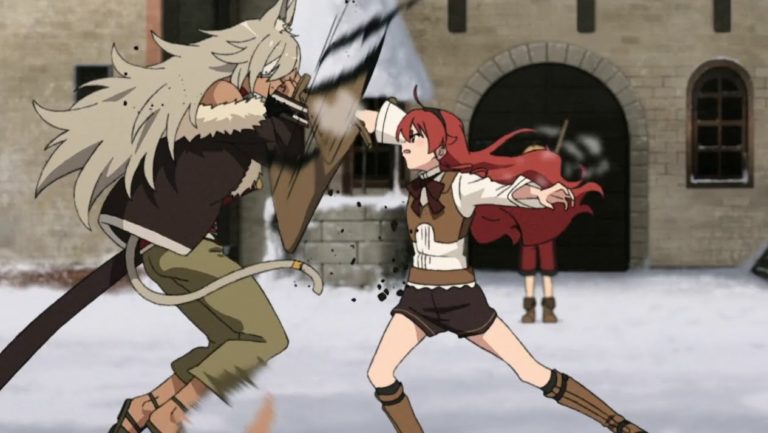 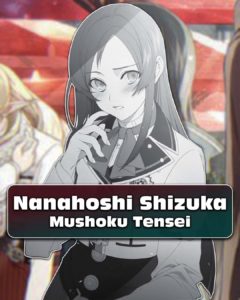 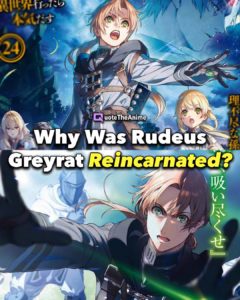 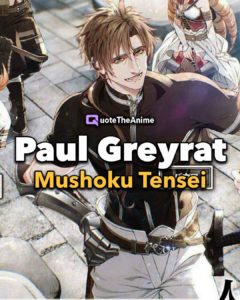 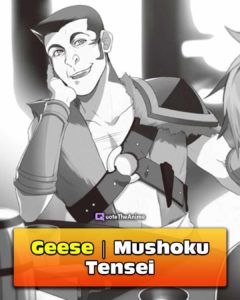 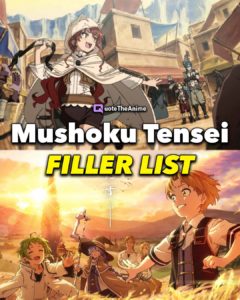 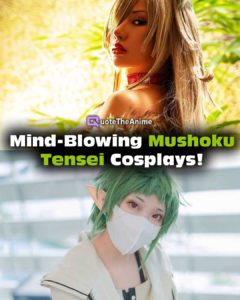 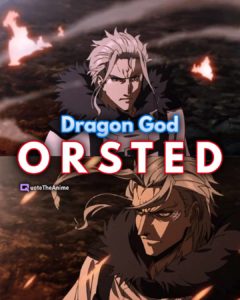