Jiraiya was one of the most loved characters in the original Naruto series and Naruto Shippuden. It’s no surprise that people were quite fascinated to see him come back in Boruto.

However, aside from bringing back the original Jiraiya, the author of Boruto had other plans as well. In the fourth volume and chapter no. 15, Koji Kashin was introduced. He is actually the clone of Jiraiya meant to destroy Isshiki.

What kind of man is this guy, Koji Kashin, the clone of the legendary Jiraiya himself! Let’s find out! 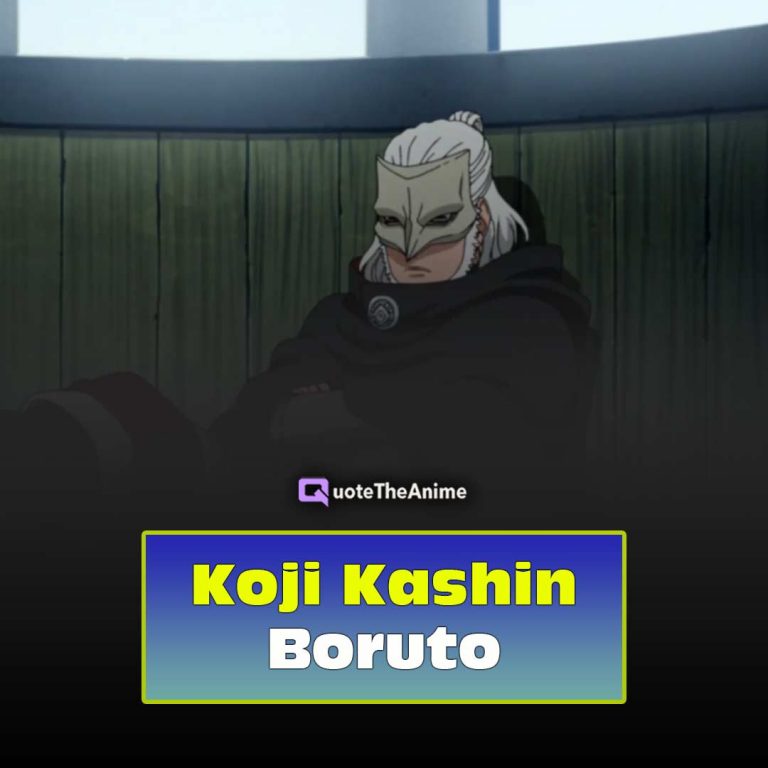 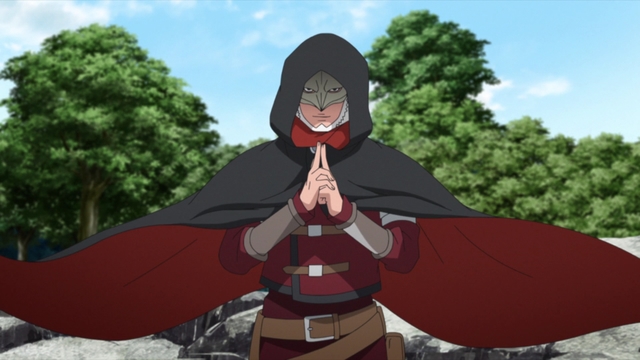 As a clone of the legendary Jiraiya himself (Boruto chapter 46), it should go without saying that he looks strikingly similar. The key difference between him and Jiraiya is actually the hair. Whereas, Jiriya had wrinkled and long hair, Koji has long and straight hair. Another thing that really makes his facial structure unique to that of Jiriyas is the presence of a well-trimmed beard. We all know that Jiriaya liked to keep his face shaved!

His sense of fashion also differs from that of the legendary sannin. Unlike Jiraiya, Koji likes to wear a mask that conceals the top half of the face. And as a member of the Kara, he wears a long black robe that’s covered with red lining on the inside. 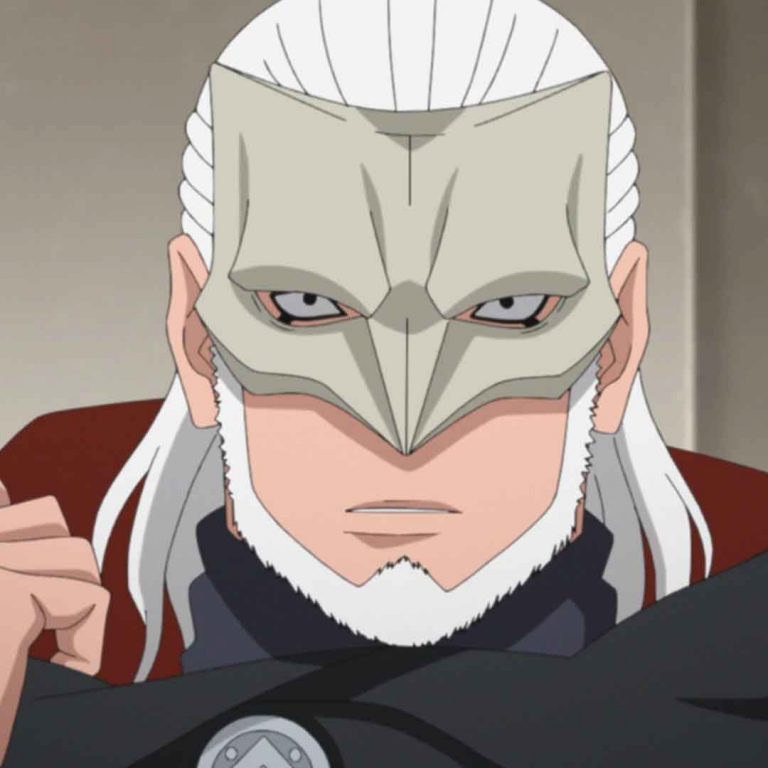 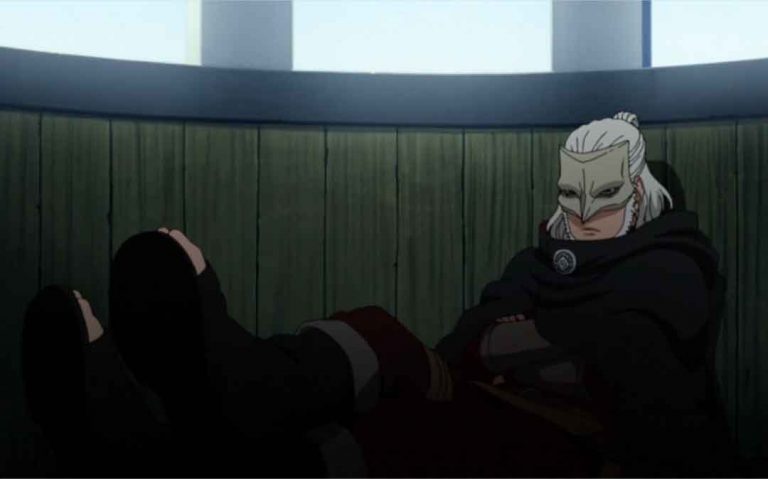 Even though he’s the clone of the legendary Jiraiya sensei, his personality would make you think otherwise. Instead of being fun and childish, he’s actually quite stoic and serious most of the time. Even though he comes off as an arrogant person, he has never let his arrogance get the best of his rationality.

His high intelligence is one of the things that makes Koji an opponent not to be reckoned with. He has unmatched wits that allow him to intuitively comprehend situations that demand quick and critical decisions. Like any other human, he isn’t perfect when it comes to his quick thinking. There are few occasions where he was fooled. Regardless, no one would dare take him lightly or underestimate him, as it might be the last thing they’d ever do!

Aside from these basic things about his personality, he’s also shown to have a keen interest in Boruto Uzumaki. 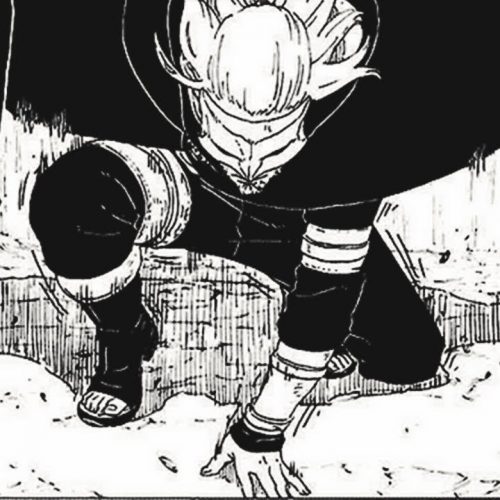 It should come off as no surprise that as a clone of one of the legendary sannin, Koji is one of the strongest ninjas of the Boruto verse. We get to witness him take on Konohamaru with no problem. In fact, he was actually toying with him the entire fight. During the same fight, it was revealed that he could also use the Rasengan. (Boruto episode no. 187).

Let’s not forget that konohamaru is actually one of the strongest ninjas of the hidden leaf village. He holds the title of Jonin, which is not something that is given to everybody. As if that wasn’t enough, he also killed Victor without any problem (Boruto episode no. 181). As a clone of Jiraiya, it’s no surprise that he has a lot of abilities similar to that of his. He likes to use the Rasengan every now and then to take down his enemies. Sage mode is one of his greatest trump cards and he likes to use fire-style Ninjutsu while warming up against opponents.

As a clone of Jiraiya, it’s no surprise that he has a lot of abilities similar to that of his. He likes to use the Rasengan every now and then to take down his enemies. Sage mode is one of his greatest trump cards and he likes to use fire-style Ninjutsu while warming up against opponents. 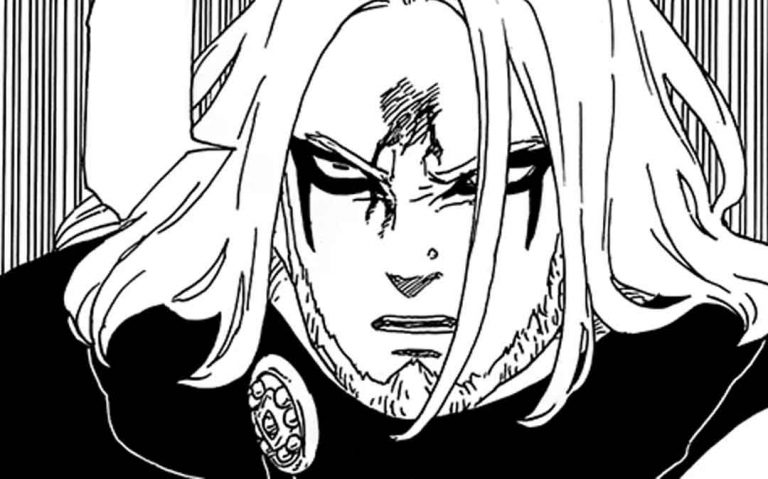 Anyone can guess by Koji’s list of abilities that his fighting style is actually very similar to that of Jiraiya.

Aside from having a wide range of abilities to use in a battle, Koji also has a huge chakra reservoir. What that means is that he can use all of his abilities without getting low on chakra. This is a problem that even Sasuke faces every now and then, but Koji seems to not have this problem.

As a sage user, Koji is pretty powerful. However, he’s no ordinary sage user. You see, sage users amass a lot of natural energy into themselves. This energy is pretty hard to control and usually comes with some side effects. These side effects are proof that one isn’t able to harness the full power of nature. The only ninja to have done without any sort of side-effects was Naruto himself. But it seems like Koji is also capable of accomplishing this feat. Even though the original Jiraiya sensei couldn’t do it. 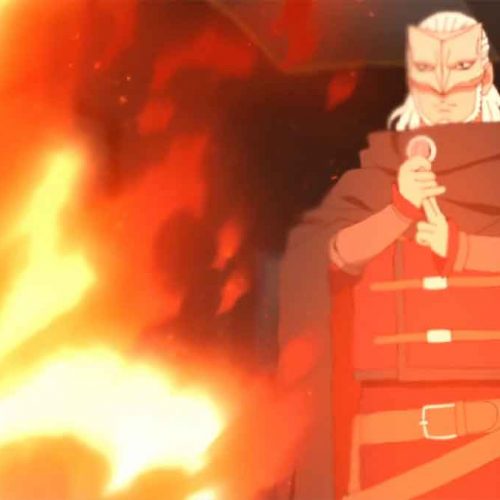 We all know how powerful fire-style ninjutsu can be, as the original Jiraiya was a very capable fire-style user himself. In Koji’s case, he takes his fire style technique to another level. The “trance of true flames’’ is one of the deadliest techniques in his arsenal and can’t be put out by any other ninjutsu no matter how strong it is. If you’re caught in it, it almost guarantees your death much like the Amaterasu. 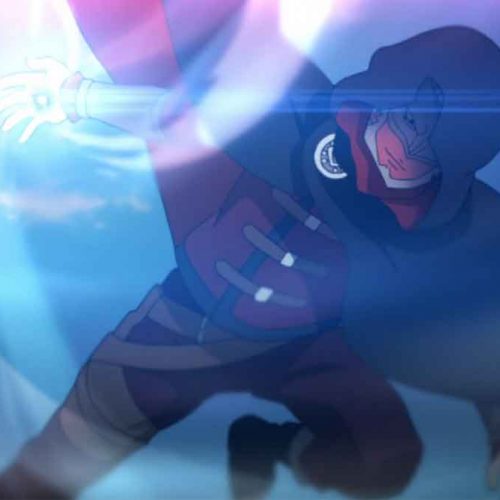 Perhaps the strongest ability in his arsenal, space-time ninjutsu is something that really sets him apart from the original Jiraiya. It’s an ability that Jiraiya simply didn’t have, and Koji can perform it without breaking a sweat. 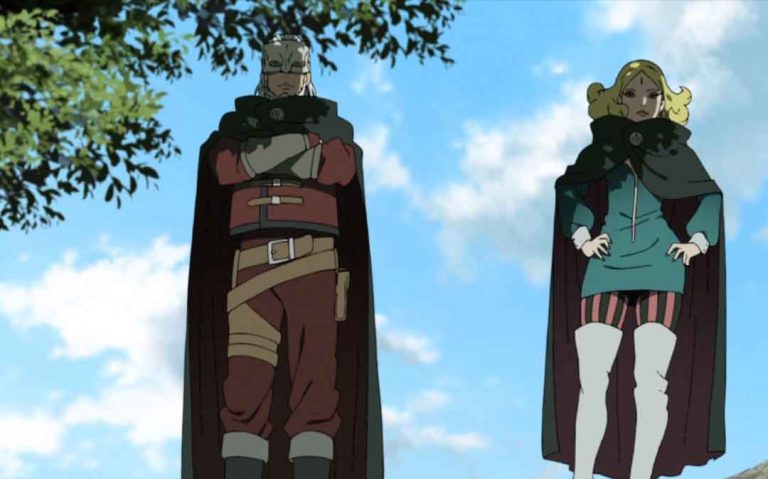 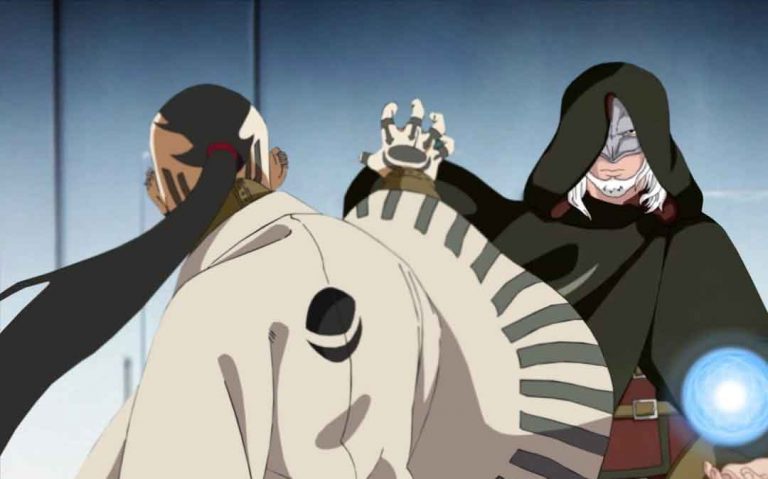 As one of the main antagonists of the series, Koji has been getting in the way of Boruto and Kawaki for quite some time. In the anime, there are two major arcs he took part in. The first was the Ao arc, and the other was the Kawaki arc.

In the Ao arc, Ao loses to Boruto and as a result, Koji kills him for his weakness. He then battles team 7 together. The first thing he does is that he restricts the movement of all the genin. The only shinobi left to face him after that was Konahamaru. He quickly defeats Konahamaru and ignites him with an undying flame. This triggers the awakening of Boruto’s Kama, which allows the absorption of Koji’s flame.

Team 7 managed to escape from this adversary, but only with the help of some luck.

After having witnessed that Boruto could use Kama, he became more interested in him. In the Kawaki arc, Koji makes an attempt to capture Kawaki. However, this time his luck ran out, as he’d have to go head-on with 7th Hokage himself if he wanted to capture Kawaki. Concluding in the end that it’d be too great of a risk to take, Koji decided to not take part in this battle. 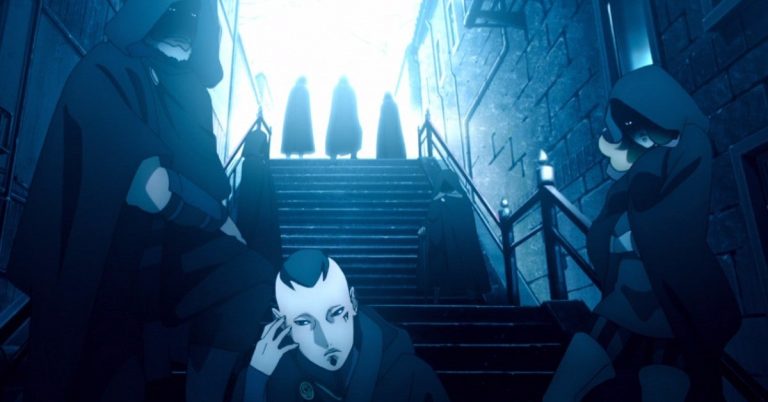 The second kind of members are the “outer” members. They are the ones that take orders from the inner member to carry out the missions for the organization so it could get one step closer at a time to achieve its goals. The outer members contain a really diverse group of people. Some of them are merchants, whereas others are politicians, and some of them are even ninjas.

It’s safe to say that it’s a group with influence in every corner of the ninja world. The strength of this group relies heavily on political influence, scientific advancements, and wealth. Although, all its members from the inner circle are class S villains. They all communicate with each other through genjutsu. 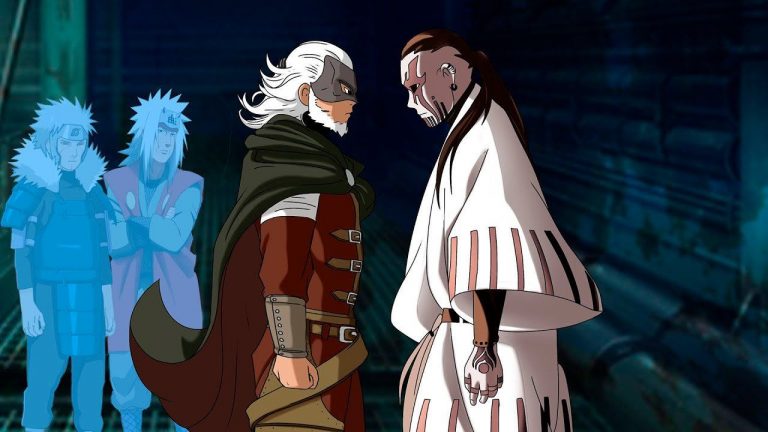 Even though on the surface, it seems like he is serving Jigen, in reality, he was actually created by Amado to destroy him (Boruto episode 46). After Jigen had his battle with Naruto and Sasuke, it’s no surprise that Jigen was quite drained. It was at that time Koji decided to take on Jigen for himself thinking this was the best time to get rid of Jigen for good. He did everything he could, though the battle didn’t end in his favor. 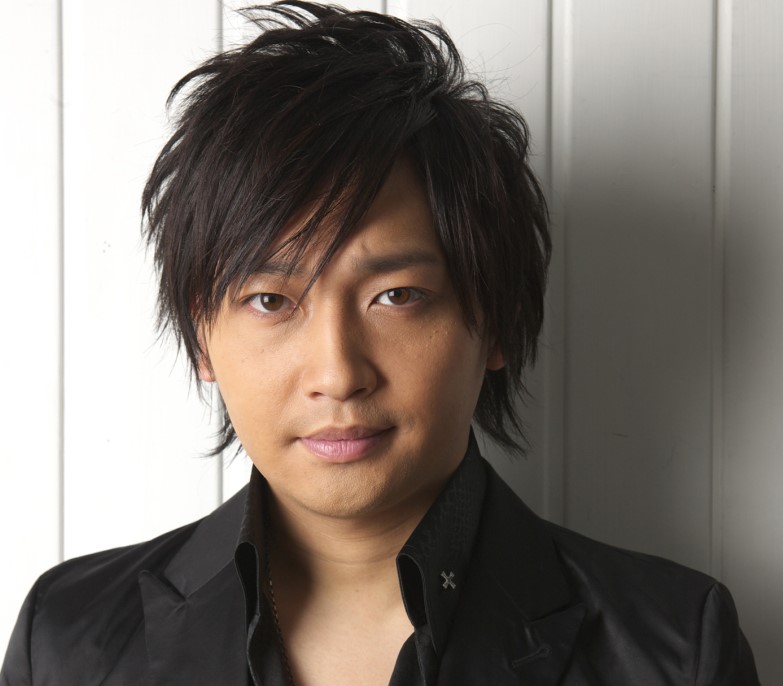 The voice actor of Koji is Yuichi Nakamura. He’s one of the most talented people in the voice acting industry. Some of his other popular roles include Hawks from My hero academia and Gojo from Jujutsu Kaisen.

He has done voice-overs for countless other characters In the anime industry. However, these three are the most popular characters he has done. He was born on February 20th, 1980. This makes him 41 years old. Through his years of experience in the industry, his consistency as a voice actor is always on point. The most appealing thing about his voice is how calm and soothing it is. His voice suited the personality of Koji quite well. 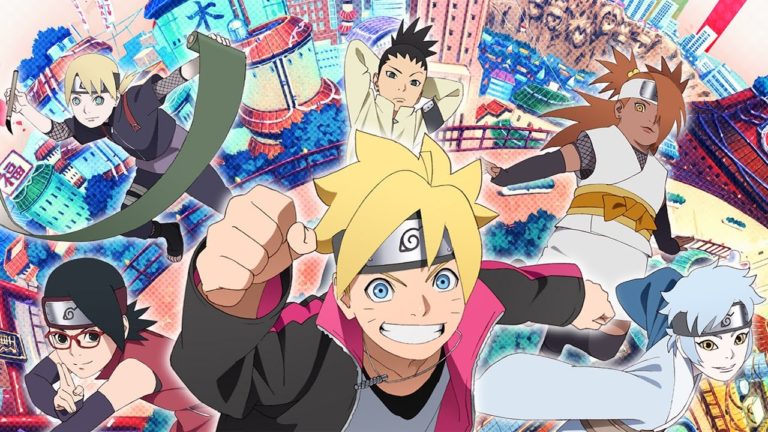 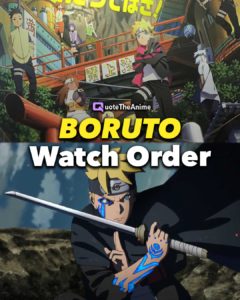 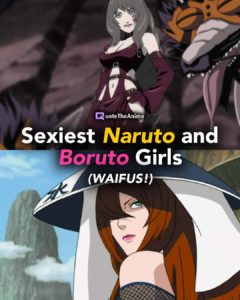 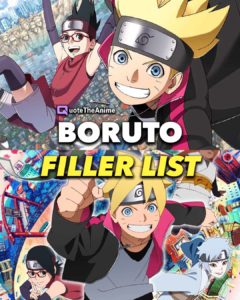 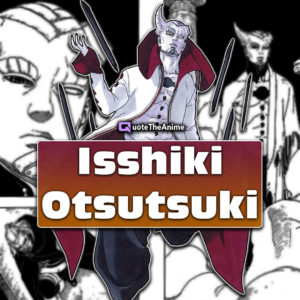 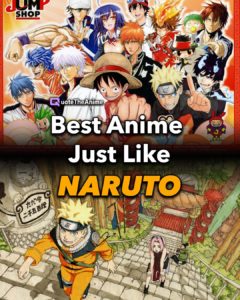 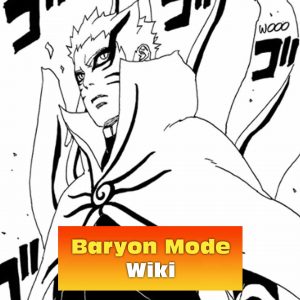 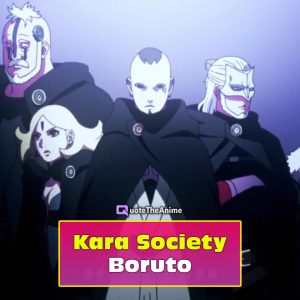 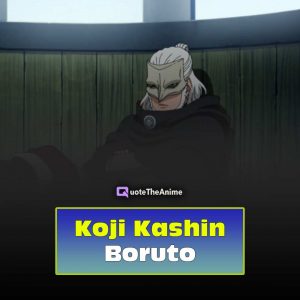